Best CSS Web Gallery
Design Nominees
Isaac Newton
Everyone is delighted with me, and I am delighted with gravity
Sir Isaac Newton, a gentleman and a scientist, had an amazing life in which science and passion mixed to the truth, ambition and, of course, apples
Childhood
Student years
Opening time
Career
THE BIRTH OF A GENIUS
Mother Anna Ayscough remarried 3 years later, one of the conditions of the marriage contract was the separation from her son. Little Newton is left grandmother in Woolsthorpe, and his mother moved to building new husband  Reverend Smith, — defended from Woolsthorpe on three kilometers.
In 1642 On Christmas Day, in the village of Woolsthorpe, a posthumous child was born in a farmer's family. The child's father Isaac Newton died 4 months before the birth of the baby, the child was named after his father.
A lonely child grew up silent and withdrawn. But not a slacker: Isaac loved to read and make. He has been inventing and designing since childhood — he arranged a sundial in Woolsthorpe, made various wooden mechanisms
– Issak , you 've scattered TOYS ON THE FLOOR again
– grandma... It's not me,
it's gravity
At the age of 12, Isaac Newton was accepted into King's School in the neighboring town of Grantham. At school, the boy did not shine at first: He graduated from the first academic year 78th out of 80. In free time he constantly have designed all kinds of wooden models and mechanisms, which are manufactured with using miniature saws, hatchets and hammers.
The first
At the age of 19, young Newton graduated from school. Cambridge was waiting for him. A young man from an unknown family passed the entrance exam and entered Trinity College.
discoveries
Newton studied for free, but had to work at a university or serve rich students.
In 1663 A new professor has come to the Department of Mathematics — Isaac Barrow, a major mathematician, a future friend and teacher of Newton. Then Newton discovered binomial decomposition. For this work, he received a bachelor's degree.
– you are Issak and I am Issak
– we are both Issaks
opening time or the
IN 1672, NEWTON PUBLISHED IN PHILOSOPHICAL TRANSACTIONS A DESCRIPTION OF CLASSICAL EXPERIMENTS WITH PRISMS AND A THEORY OF COLOR. THE ARTICLE PROVOKED OBJECTIONS AND NUMEROUS ATTACKS, LED BY ROBERT HOOKE, A PROPONENT OF THE WAVE THEORY OF LIGHT. THE MISUNDERSTANDING OF COLLEAGUES CAUSED NEWTON DEPRESSION AND ANXIETY.
APPLE incident
Newton studied optics, trying to explain the physical nature of light. As a result, he came to the corpuscular model, considering light in the form of a stream of particles flying out of a certain light source. Newton proved for the first time that white is the result of mixing all the other colors of the spectrum.
In it same time, the 23-year-old boy was thinking about why the Apple falls perpendicular to the earth's surface and came to the conclusion that Apple draws the Earth, so well as the Earth draws the Apple.
On the wording of the law of gravity from brilliant British scientist took two decades for the first time it he announced to the world on it 1687 — in his fundamental work "the Mathematical principles of natural philosophy".
The story of the fall of the apple became popular thanks to Voltaire.
Mirror Telescope
In 1669, the 26-year-old Newton became a professor of mathematics — one of the youngest in the history of the university.
In 1667, Newton returned to Cambridge — he is now a teacher, and he has students. It is occupied by invention, construction and alchemy.
﻿In 1671, Newton presented Charles II with a telescope he had made, and the king recommended Newton as a member of the Royal Scientific Society. In 1672 he became a member and quickly became famous. 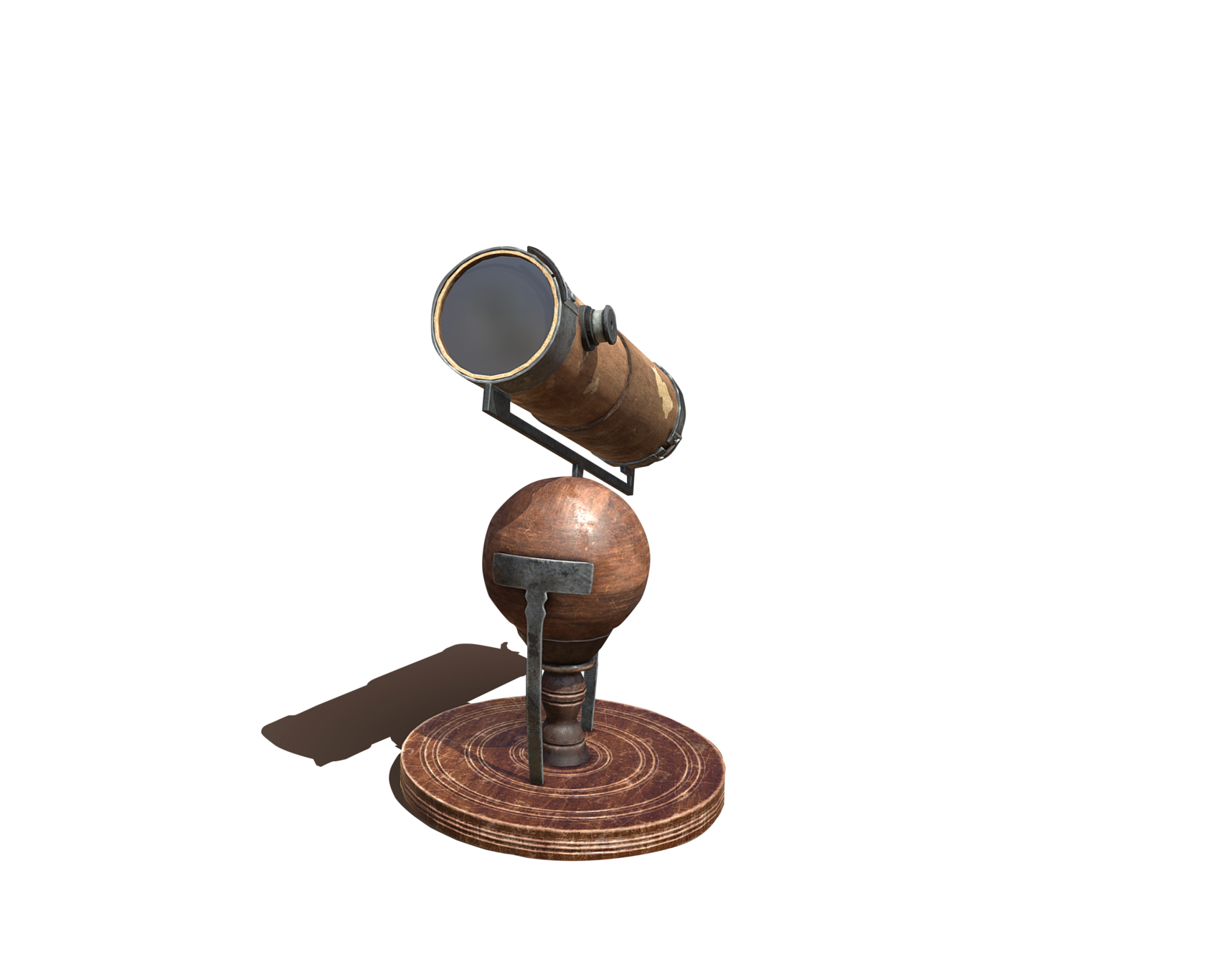